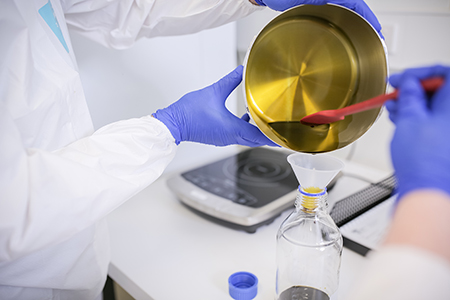 Scientists at Agriculture Victoria have unlocked the genetic code of medicinal cannabis, creating the world’s most complete genomic reference.

Laboratories have been fitted with state-of-the-art technology that can precisely measure and quantify cannabinoids, and are being used by Victorian scientists to quickly and accurately identify the cannabis varieties with the best medicinal properties. It aims to improve outcomes from plant breeding programs.

In 2016, Victoria became the first state to legalise the use of medicinal cannabis. Since then safe and secure trials have allowed scientists to breed improved strains of the plant which in turn has made better health products available to patients.

Every plant and animal has a unique set of DNA including genes, and this is referred to as its genome.

Understanding the genome of medicinal cannabis is important because it allows scientists to select the best traits to make the most effective health products for people suffering from health conditions such as epilepsy, multiple sclerosis and cancer.

Scientists at Agriculture Victoria have been at the forefront of genomic analysis and DNA testing for agriculture in Australia for more than two decades.

Over the past four years, the research team used their expertise in genomic DNA testing to create new tools which made extracting genetic information from strains of medicinal cannabis from across the world possible. This information was then able to be put into a database.

This means scientists can link millions of DNA markers with traits such as growth rate, bud size and disease resistance, and quickly and cost-effectively test plants to meet compliance and regulatory requirements.

In 2018-19, Agriculture Victoria scientists sequenced 50 trillion bases of DNA. Advances in technology mean the same amount can today be done in just three weeks, which is equivalent to 60,000 cannabis genomes or 66,000 chickpea genomes.

Find out more about medicinal cannabis in Victorian via the Agriculture Victoria website.