New US route brings more tourists and jobs to Victoria

A new route and expanded services to the United States (US) will bring more visitors to Victoria, boost trade with the world’s largest economy and create local jobs. 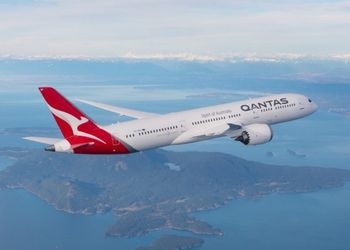 The Victorian Government has announced support for Qantas to fly a new direct passenger route between Dallas Fort Worth and Melbourne and increase its Los Angeles to Melbourne services.

Flights to Dallas Fort Worth will start in December, with four services a week on a Boeing 787 Dreamliner aircraft. This is the first time a flight has connected the US state of Texas with Victoria.

Qantas will also increase its flagship Los Angeles to Melbourne service from four to eight flights per week, starting from 27 March.

With a total of 12 flights to the US every week, Qantas expects to bring around 105,000 US visitors a year to Melbourne, creating an estimated 800 tourism and aviation jobs in Victoria.

Passengers arriving at Dallas Fort Worth, one of the biggest airports and a major travel hub in the US, can connect to more than 100 other destinations.

The US economy provides Victorian businesses with significant export opportunities in digital and medical technologies, pharmaceuticals, food and agriculture, defence and aerospace, and tourism.