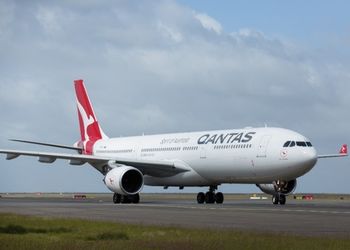 National airline carrier Qantas is resuming international flights from Melbourne Airport this week, an exciting step as Victoria safely re-opens to the world.

The first Qantas flight took off from Melbourne for Singapore today. QF35 is the first Qantas international passenger flight to depart Melbourne since March last year, with flights to London and Los Angeles resuming in the next few weeks.

These Qantas flights will help Victoria to once again kick start its visitor economy as well as its international students, business travel, trade and business connectivity.

Qantas also announced a new passenger route from Melbourne to Delhi commencing on 22 December, creating another link between the state and India.

India is one of Victoria's key trading partners and visitor markets. Two-way goods trade between Victoria and India was valued at $1.87 billion in the 2020/21 financial year.

Victoria is home to the largest Indian population in Australia and many leading Indian businesses, including Cyient, HCL Technologies, Infosys, State Bank of India, TCS, Tech Mahindra and Wipro.

The resumption of international flights and attracting key passenger airlines back to Melbourne will drive the recovery of the state’s international aviation sector which directly employs 6,700 people and supports thousands of other jobs.

Before the pandemic, international flights brought more than 3.1 million international visitors to Victoria each year, injecting $8.8 billion of tourism expenditure into the state’s economy.