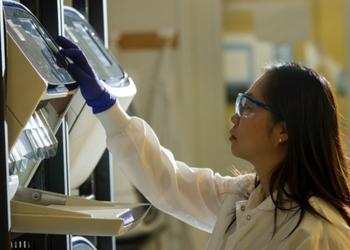 Victorian-led research is now aiding in the early detection of kidney disease so it can be treated sooner.

The Melbourne Genomics Health Alliance at Monash Health in Clayton is reducing the need for invasive procedures and helping people receive better healthcare for kidney disease through a new genetics test.

Australians with suspected genetic kidney disease can now undergo a Medicare-funded genomic test – with the test developed by researchers from the Melbourne Genomics Health Alliance.

The alliance is a collaboration of 10 hospitals, research and academic organisations – which has been supported by $69 million from the Victorian Government.

The new test allows patients with kidney related health issues to receive earlier diagnosis, slowing the progression of the disease and delaying the need for interventions such as dialysis or kidney transplantation.

A Melbourne Genomics study involving 204 Victorians found that genomics testing could make a difference for people at risk of kidney disease.

Testing saw 80 people (39 per cent) in the study diagnosed with a hereditary kidney disease and of those diagnosed, 59 per cent were able to change their medical management.

One patient already benefiting from the test is Scott Philipps who suffered from kidney stones every year since his teens.

The test found that Mr Philipps has a rare genetic disease that affects the kidney and liver, which was quickly diagnosed helping to slow its progression and develop a treatment plan.

Victoria is home to 14 independent medical research institutes that employ more than 5,800 people.